The History of Fragrances

Have you ever sprayed your favorite go-to fragrance before heading to work or school and thought to yourself “who came up with this idea?” or “where does this come from?” Well, there is a large amount of complex history surrounding the mist you spray everyday that is quite interesting. You might not even know when or how it originated, but the history begins way, way back in the day and was a stable foundation for perfumery to still thrive in this generation.

It all began way back when the ancient Egyptians designed the concept for perfumare which is a Latin word that means “to smoke through.” Tapputi, a female chemist during this time period, collected flowers, oils, and other plants and filtered them multiple times to achieve a more attractable smell. The ancient Egyptians later put this perfume into small money shaped clay vases and they were given out to people (Metropolitan Museum of Art). 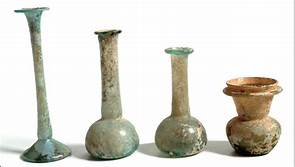 After this time period, Greece was enlightened by the idea of smelling sweet and caught on to the trend of wearing perfume. Just like the Egyptians, the people of Greece would mash flowers and oils to create a more noticeable scent. But instead, they used lead and gold to design and market these fragrances out to the people. Egyptians even considered perfumes to be sacred (Carrement).

Fast forward, this trend of making and designing fragrances using flower and oil easily spread throughout the world, including a great majority of Europe. But during the late nineteenth century, the more modern perfumery began to flourish. Odorant and organic synthetic products were used by many and it became popularized. Houbigant and Guerlain were the first people to try this new modern perfume. Paris was the most affected by this creation, and they decided to be the ones to market this product and caused a major globalization moment for more people to buy these products.

Nowadays fragrance is everything and nearly 63% of adults in America wear perfume on a daily basis. Famous women such as Ariana Grande, Rhianna, and J-Lo have produced the most highly bought celebrity perfumes of all time. Britney Spears even sold 500 million “Circus” perfumes and people to this day still wear it.

But, none of these successes wouldn’t have happened without Chanel’s influence. Gabrielle Chanel opened her first boutique in 1913 and in 1921 produced the forever iconic “Chanel no. 5.” This perfume went on to become the most well known fragrance in history and is still talked about to this day. This perfume is considered revolutionary to many and paved the way for modern day fragrances. 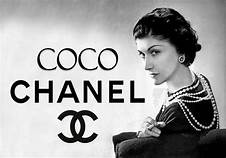 Even though perfume has gained so much popularity, many countries still do not use fragrances. For instance, Oceania, East Africa, and Asia still use only natural ways to smell sweet such as using oils, plants, and flowers. But, even if they don’t necessarily mesh these smells into a mist, they still have an ever growing impact on modern day perfumes.

How does it now feel to know exactly where your signature scent comes from? It is very fascinating to know that your favorite fragrance wouldn’t exist if it weren’t for its astonishing history. At the end of the day, it’s what paved the way for the most iconic perfumes. How would you design your own unique perfume?